Showing posts from August, 2012
Show All

August 19, 2012
All countries celebrate an independence or a national day. The week went by with India celebrating yet another independence day, it's 65th.
Flags were flying on all the roads and vehicles. Patriotic music blaring from the speakers in apartment complexes (and this from people who look down on poor people doing the same). All of this contrasted with people of the north east fleeing from cities back to their home state because of some rumours. The irony could not be any more stark. Some Indians did not have the freedom even to live, work and study in their own country.
Today, more and more people live in countries and cultures away from their own. And that is leading to a growing appreciation and tolerance of different communities, cultures, people, languages, customs and even food. As an old tamil poet once said "All the people are my people and all the villages I consider as my own".
It is probably a utopian dream. True freedom for all is - freedom from injustice, freed…
Post a comment
Location: Bangalore, Karnataka, India
Read more 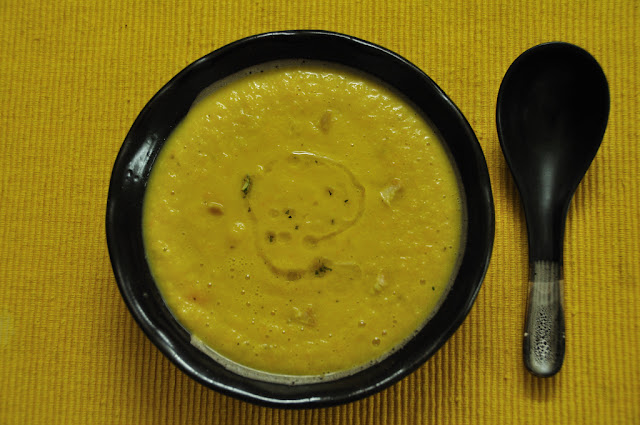 Summer Soup Usually in the summer months, I prefer light food. Soups fit the bill perfectly. I tried a soup with a fruity twist to it.
Contributed by Rajan Manickavasagam.
Published 29. July 2012

Ingredients1 green chilli2 tablespoon olive oil1 chopped red onion3 peeled garlic cloves2 diced carrots20 diced pieces of pumpkin3 slices of musk melon1 tablespoon of olive oil with dried basil8 pieces of chopped ginger 1 teaspoon of salt (or to taste)1 tablespoon of crushed black pepper 1 peeled and sliced cucumber InstructionsHeat the olive oil in a pan.Sauté the onions, green chilli and garlic for a few minutes.Add the carrots, pumpkin, cucumber and musk melon. Cook them until they are softAdd the salt and black pepper and cook for a few more minutes.Remove the vegetables from the heat and allow it to cool.Blend the vegetables in a food processor. Add water or milk based on the consistency you want. Serve the soup in a bowl.Garnish the soup with the basil infused olive oil and chopped ga…
Post a comment
Location: Bangalore, Karnataka, India
Read more
More posts