With the advent of DevOps, many tools have come up on the topic of automation. These include tools such as Jenkins, TeamCity, Ansible, Chef, Puppet, Vagrant, Terraform etc. And, they are used to deploy infrastructure and applications.

However, once an infrastructure or application is deployed into an environment (Development, Testing, Production), there are changes made to it. The operations and/or site reliability teams may tweak operating system, application configuration to ensure that the environment is stable and functioning well. And, when these changes are made, the environment tends to 'drift' when compared to the source code or documentation.

This is where tools such as Salt Stack are useful. It is a tool from https://www.saltstack.com.

In this post, we will go over the basics of Salt Stack (also known as Salt).

Salt is a versatile tool. As you can see from the architecture, Salt can be used to manage and monitor infrastructure in diverse scenarios -


In a series of posts, we will see how Salt can be setup for managing virtual server and IoT devices.

Each blog post in these series will cover the salt concepts incrementally. In this post, the following concepts are covered -

It may be best to have a few virtual or test machines for getting started with Salt. In this example, a bunch of virtual machines in Oracle Virtualbox are used. 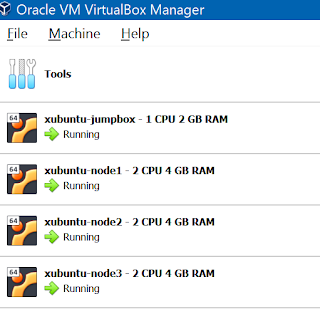 Salt has two key components - master and minion. Masters act as controllers and the minions acts as agents.

Login to the master node using an SSH client. Before installation, ensure that the ports 4505 and 4506 are open in the master node, in this case xubuntu-jumpbox. The command to open ports in firewall is 'sudo ufw allow 4505:4506/tcp'. Check the status of the firewall using 'sudo ufw status'. 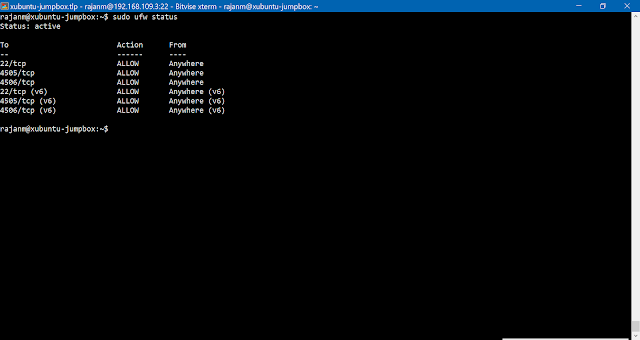 Edit the salt master configuration file by this command - 'sudo nano /etc/salt/master'. Add the host-only ip address of virtual machine to this file. 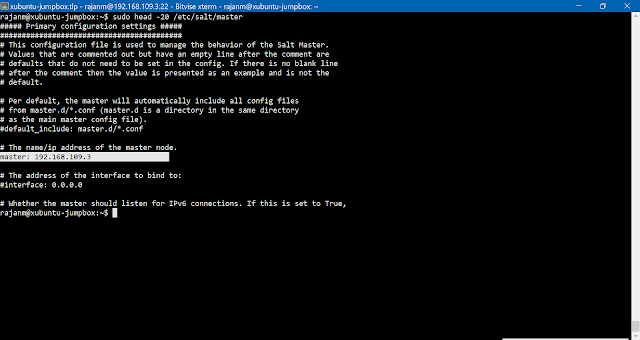 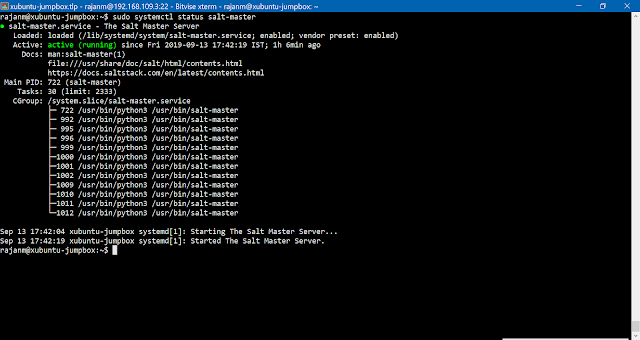 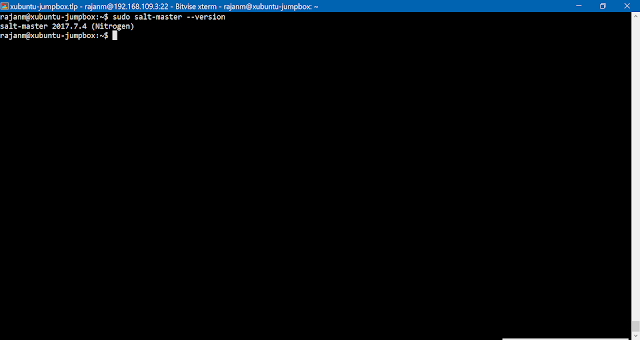 Now, that the master is setup, let's start installing the minions. Start the other virtual machines in virtualbox. Login to them using the SSH client.

Edit the salt master configuration file by this command - 'sudo nano /etc/salt/minion'. Add the host-only ip address of virtual machine to this file. 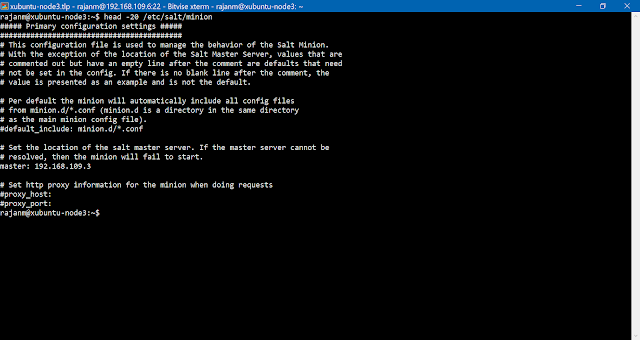 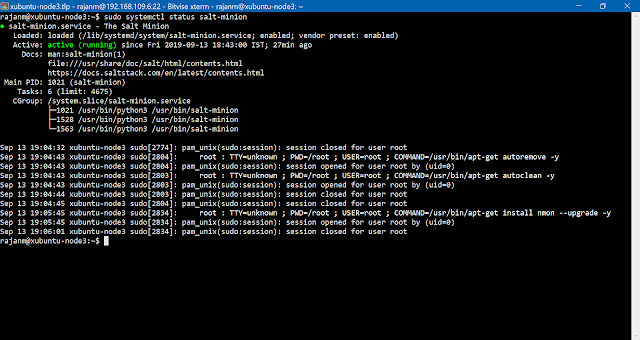 Once the salt-minion service is restarted, it would have sent the public key of the minion to the salt master. Repeat this process for all the nodes including the Raspberry Pi 3.

Similarly, the version of the minion can also be checked by 'sudo salt-minion --version'. 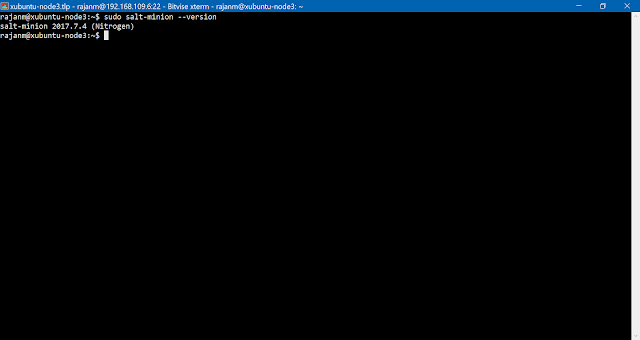 The request from the minion can be seen in the salt server by running the command - 'sudo salt-key -L'.

Now, run the command to add the minion to the Salt master - 'sudo salt-key --accept='raspberrypi-node1''. 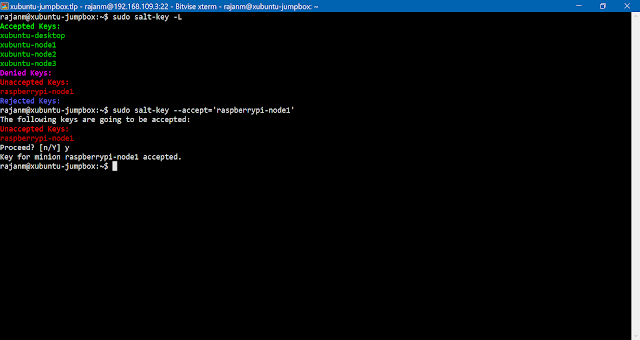 Once the keys have been accepted in the salt master, the master can start interacting with all the nodes via the minions.

Salt comes with several pre-built modules. One of them is cmd. In this example, this module is used to run commands on all nodes - 'sudo salt '*node*' cmd.run 'sudo apt-get install nmon --upgrade -y' --output=pprint '. This command will run nmon tool on all the minions that have the text 'node' in their machine name. 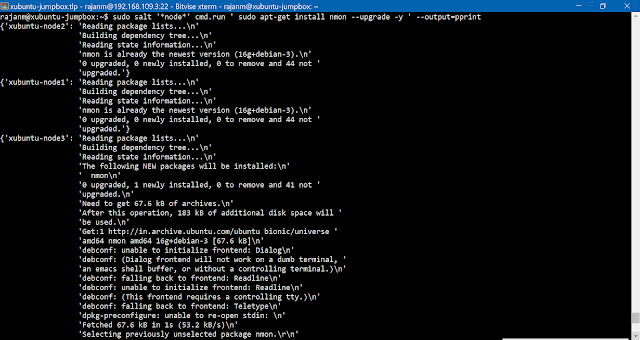 Let's verify if the nmon tool has indeed been installed in the nodes. Login to one of the nodes and verify, in this case xubuntu-node3. 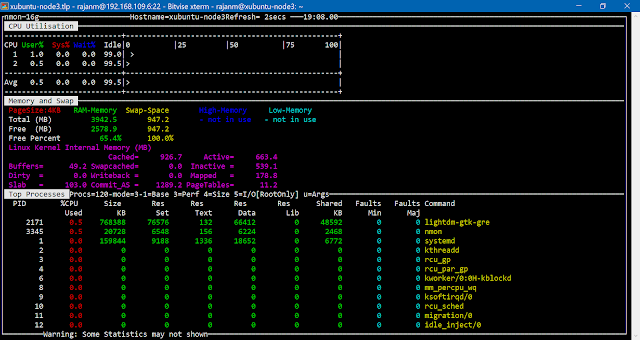 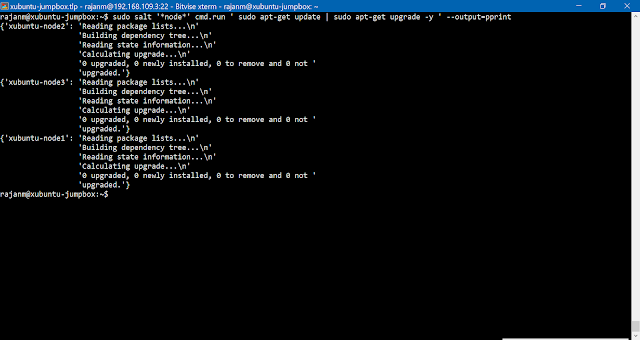 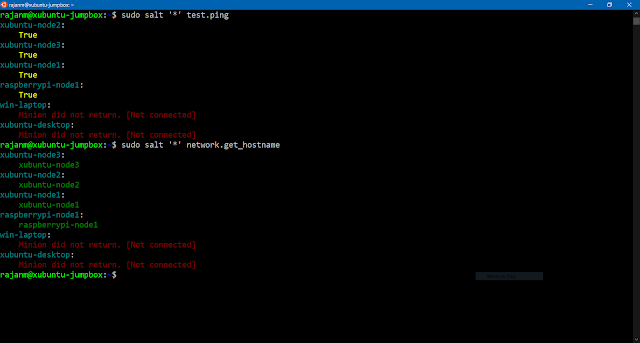 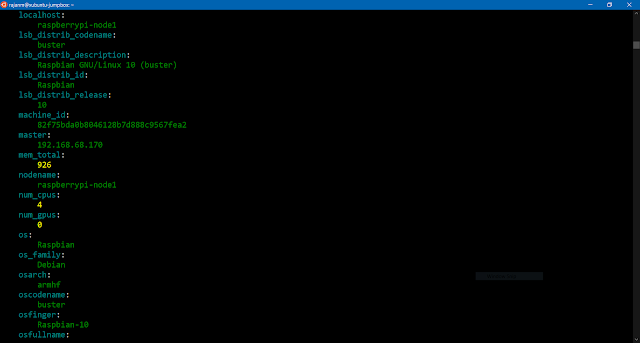 In this post, we have installed/updated software in 4 nodes (3 virtual machines and 1 Raspberry Pi) using 1 salt master. Imagine a scenario where, there are 100's or 1000's of machines that need to be maintained. It is in such scenarios that Salt proves it's usefulness.

It is possible to have masters in a high-availability mode, but that it out of scope of these posts. In addition to multi-master mode, it is also possible to federate the architecture using features such as Salt Syndic. To know more about Salt architecture and how it scales, you can read about it here.

If you are interested in a primer for the various salt modules and commands, you an refer the samples in my github gist. As and when I come across something useful, I will keep updating the gist.

More about other interesting features of Salt in the next post.
Technology
Location: Bengaluru, Karnataka, India